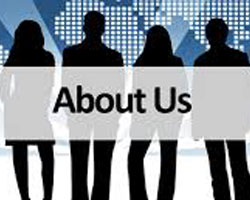 Ghamsar is one the oldest towns in Iran, located at an average eleva􀆟on of 1900 meters
above the sea level and extended like a green ring across the low slope valleys of the central
mountains of Iran. It is administratively one part of Kashan County, situated 15Km south of
kashan in the Province of Isfahan. Ghamsar is 30 kilometers far from Kashan, 180 kilometers
distant from Isfahan and 230 kilometers far from the Tehran.
The area of this city is around 1125 hectares (urbane service range) and 6275 hectares
(urbane space range) and according to the general census, the population of this area
registered 3667 people in 2007.
As Ghamsar is surrounded by Karkas Mountains, it enjoys a pleasant climate, particularly in
the summertime, and thereby producing an excellent destination and natural attraction for
the visitors. This place also provides a unique winter destination due to snow cover and cold
winters.
The Damask rose has a special quality and smell in this area, and it therefore possesses the
capability of rosewater production, perfume, and extract. The production has been
established in two scales of traditional and industrial, turning out to be of basic industry,
indigenous to this area. However the history of traditional production of rosewater exceeds
eight centuries, with the advent of new technology, the industrial part of rosewater
production has been working the during the past half-century.
Tuba Company
The background of the ancestor's founder of Tuba company in traditional production of
rosewater and herbal extracts dates back to more than one century ago. In the past, large
copper pots were being used for production of various types of rosewater. The
combinations of flour and flower wastes were used to block steam path in order to cool the
pot down. To provide the heat required, the desert plants, firewood and flower wastes were
shaped into special geometric dried form and then used. However, over time, petroleum
was replaced with the aforementioned materials.

Tuba Company has extended its traditional part of the production in a 400 square meters
factory, having 20 set of produc􀆟on. Considering the available experiences, need of the
country for increasing the production, enhancing the non-oil exports and increasing the
level of sustainable entrepreneurship, owners of this company were resolved to take a
strong step towards the supreme leader's intentions for institutionalization of the resistive
economy, actualizing the extroversion, endogeneity and forerunning in economy in its real
meaning.
To this end, they have not only developed the workrooms in a jumping promotion, but they
have also started establishing a new production and tourism complex in a laborious trend.
This construc􀆟on has been built in a 11000 square meters, divided to various parts.
Production section includes:
1. Production hall where consists of processing and production line, filling part,
pasteurization part, packing part, storing tankers etc.
2. Raw materials hall
3. Final products store
4. Loading area
Official operations and quality section:
1. Administrative staffs offices
2. The quality control laboratory
Staff accommodation area
1. Dressing and rest room
2. Dining Hall
Tourist sector:

 Greenpeace
 Damask garden
 four 90-meter tourist accommodation units
 Spout and fountain
More than 70 types of standard rosewater and herbal extracts are presently
produced in this unite. As necessity of health in society has been one of the
most fundamental beliefs of the owners, the products are supplied after
meticulous quality control mechanisms. This company supplies its products
for both national and international demands. So far, export destinations have
included Germany, England, United Arab Emirates, Kuwait, Afghanistan, Iraq,
China etc.
Currently we can daresay that our company is one of the most popular
credible rosewater and herbal extract producers through all the country.
Assuming these infrastructures and futuristic attitude of the owners, new
phase of production and supplies as well as the tourist part will begin and
torch of this company will start burning brighter than the past.
Tuba rosewater, creates high quality products with the aim of competition
increase.
Standards and Certificates:
 Food and Drug Administration
 Standard sign
 Halal sign
 HACCP certificate
 IFOAM sign